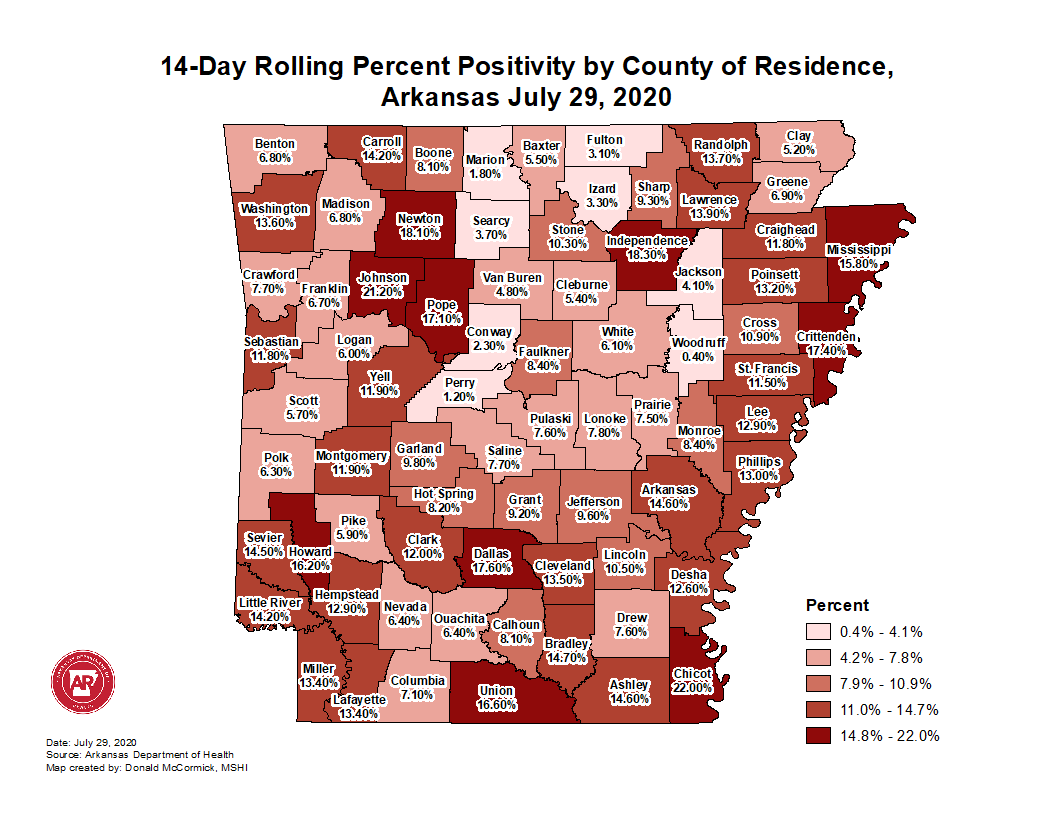 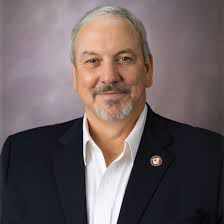 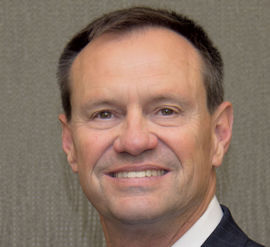 Is Independence County becoming a hot spot for COVID-19?

He confirmed that as of Monday, there were nine active cases in Independence County among poultry workers, “including eight linked to workers employed at the Peco plant in Batesville.”

“This doesn’t necessarily indicate that they were infected at the plant, just that they work there and have tested positive,” Lesnick said. “This is one factor that’s contributed to the recent cases.”

“We have not used hot spot to officially designate any counties,” Lesnick added.

Independence County Judge Robert Griffin acknowledged the spike in cases first on his Facebook page then in a statement on Thursday.

“We have been pushing the message for months about the threat from this virus potentially reaching a high level of infections within our county,” Griffin said in his statement on Thursday. “We had done so well for so long. We just hope and pray that deaths and long-term damage to the health of our citizens that are infected doesn’t come from this.”

So far no deaths have been attributed to the virus in Independence County, and while the positivity rate has increased, so have recoveries.

During his daily update on Thursday, Gov. Asa Hutchinson said the number of cases in Independence County had increased by 34 since Wednesday. That’s the sixth-highest increase in the state in that 24-hour period.

The total number of active cases stood at 166 with 133 recoveries according to Lesnick on Thursday afternoon.

According to ACHI, who is partnering with the Arkansas Department of Health in collecting data, the city of Batesville had 122 positive cases on Monday.

“I was against Citizens Bank having fireworks,” Krug said. “i strongly feel this is a large reason for the spike in our virus numbers.”

“My hope is that our citizens continue to be mindful that we all have to continue to follow all of the directives from the governor and CDC,” Elumbaugh said. “This will be the only way we can get this pandemic under control.”

Arkansas surpassed 180,000 finished COVID-19 tests in the month of July, Hutchinson announced Thursday afternoon in his regular coronavirus briefing at the State Capitol.

In a month marked by decreased testing numbers due to difficulties receiving significant test returns from commercial labs, the state is unlikely to meet its original July testing goal of 200,000 tests. Despite the likely failure to meet its goal, Arkansas has now tested 6 percent of the state’s population in the month of July, with Thursday’s 5,598 tests pushing the state over 180,000.

The governor said Arkansas recorded an additional 791 cases of COVID-19 on Thursday for a total of 6,184 active community cases of the virus. To date, the state has recorded 41,559 cumulative cases.

The state recorded a decrease in four hospitalizations on Thursday for a total of 504. In more positive news, ventilator use in Arkansas hospitals is down by seven, at 101.

Eight additional deaths have been recorded since Wednesday for a total of 442.

Kolton Rutherford of the Log Cabin Democrat in Conway contributed to this report.