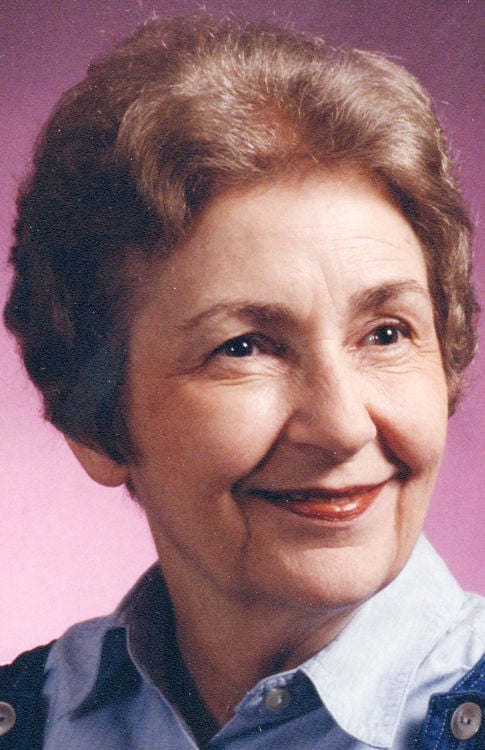 Della Mae Dortch, 88, passed away peacefully surrounded by her family and loved ones on Wednesday, January 6, 2021.

Della Mae was born May 24, 1932 in Harrison, Arkansas, daughter of the late Mertie Arnold and Damon Duffield Dunkin. Her father passed away in 1933, leaving her mother widowed with two young daughters, ages 2 and 3. Her mother later married Alexander M. Harris when Della Mae was 13. She was raised in Little Rock until she began attending Holland Hall in Tulsa, Oklahoma.

She met her future husband, George L. Dortch, at a dance in Little Rock while he was attending Culver Military Academy. On June 18, 1955, Della Mae and George were married in the home at Scott, Arkansas. They embarked on a life together in the Air Force beginning in Malden, Missouri, then graduating from flight school in Big Springs, Texas, then San Antonio at Kelly Air Force Base.

After the military they lived in Scott, Arkansas, for a time before her husband was employed at Silica Products at Guion, Arkansas. While in Little Rock, Della Mae played an active role in the community. She was a member of the Junior League, board member of the Little Rock Symphony and was a founding member of “The Tatered Seeds” part of the Garden Club. They finally settled in Batesville, where they raised their two young sons, George Jr. and Damon.

In Batesville she was a member of Collector’s Club, Investment Club, past president of Chapter BQ of PEO. She also served as chairman of the Planning Commission for the city as well as working diligently towards the preservation of the Pioneer Cemetery in Batesville. She cherished her Wednesday Bridge Club and was a long-standing member of First United Methodist Church. She dearly loved the many friendships that were formed over the years.

Her love of family was above all most important.

In addition to her parents, Della Mae was preceded in death by Mr. Al M. Harris; and infant daughter, Della Katherine.

Survivors include her husband of 65 years, George L. Dortch; children, George Dortch Jr. and his wife, Chandler of Rolla, Missouri, Damon Dortch and his wife, Diane of Little Rock, Arkansas; grandson, Steele Dortch and his wife, Leah of Van Buren, Arkansas; sister, Kate Cooke of Batesville; many nieces and nephews; Georgette Sims, who was like a daughter to her; and most especially Renee Denton, who walked through this journey with both Della Mae and George; she truly was their special angel.

The family would like to thank all the staff and nurses of Arkansas Hospice; caregivers, Deanie Bishop and Tonya Miles for the love, care and compassion they showed Della Mae and the family as a whole.

Memorials may be made in her memory to First United Methodist Church, 615 East Main St., Batesville, AR 72501.

Prayers for you all.