If you need to purchase a subscription.
You have permission to edit this article.
Edit
Home
News
Sports
Business
A&E
Announcements
Obituaries
Opinion
Multimedia
Classifieds
Share This
1 of 3 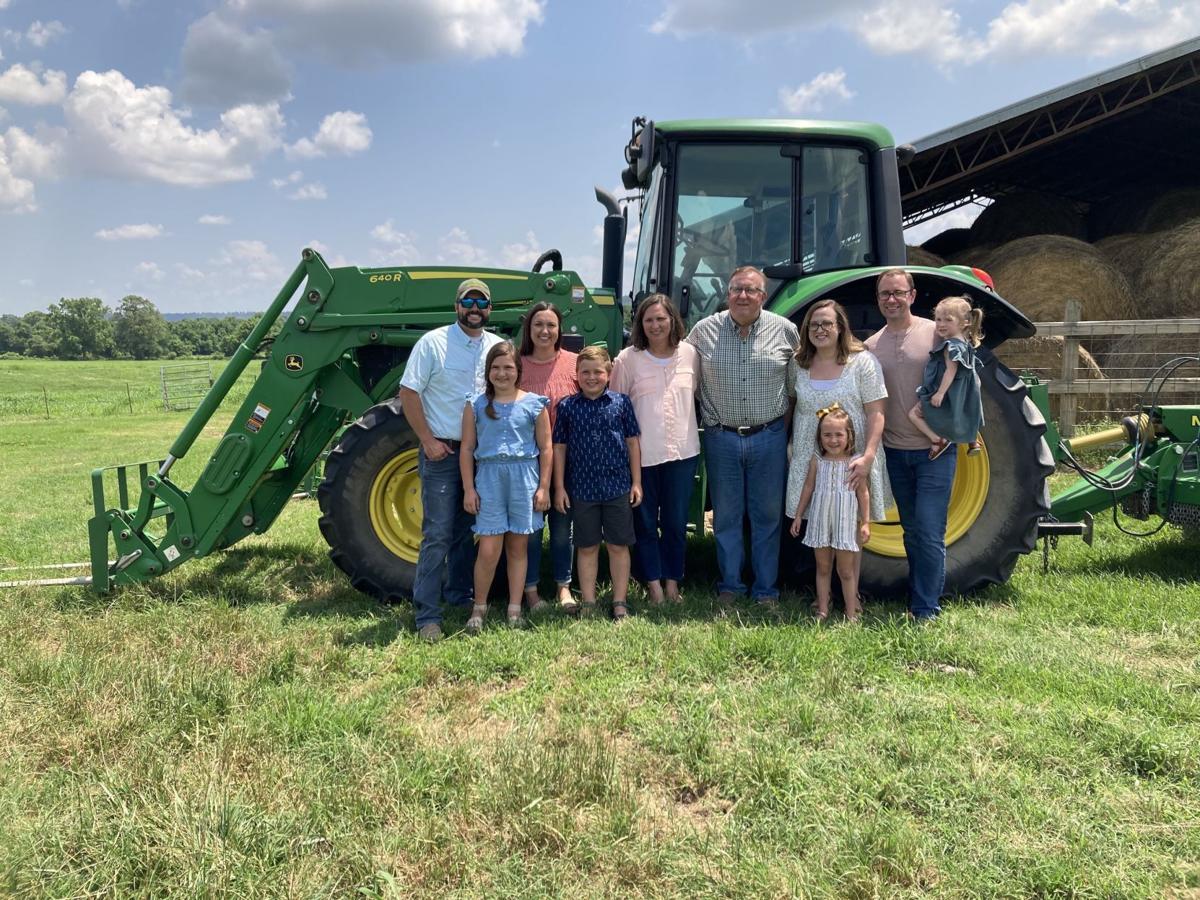 The Broadwaters stand in front of a piece a farm equipment. Dennis and Tracy Broadwater were named the Independence County Farm Family of the Year. 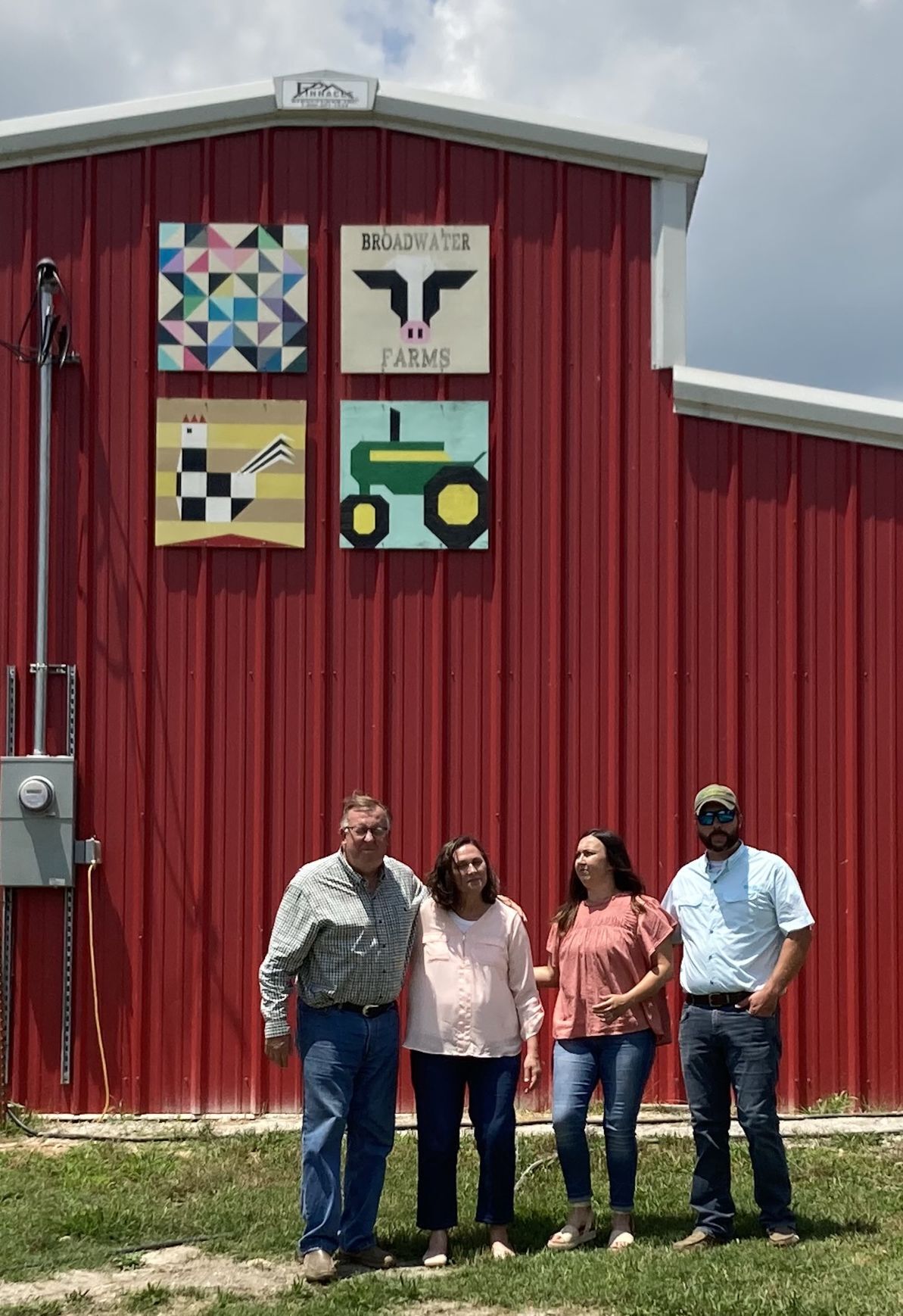 There is a Broadwater Street in Batesville now, named after the family. Dennis’ family grew up on Davis Lane in the west side of Batesville. 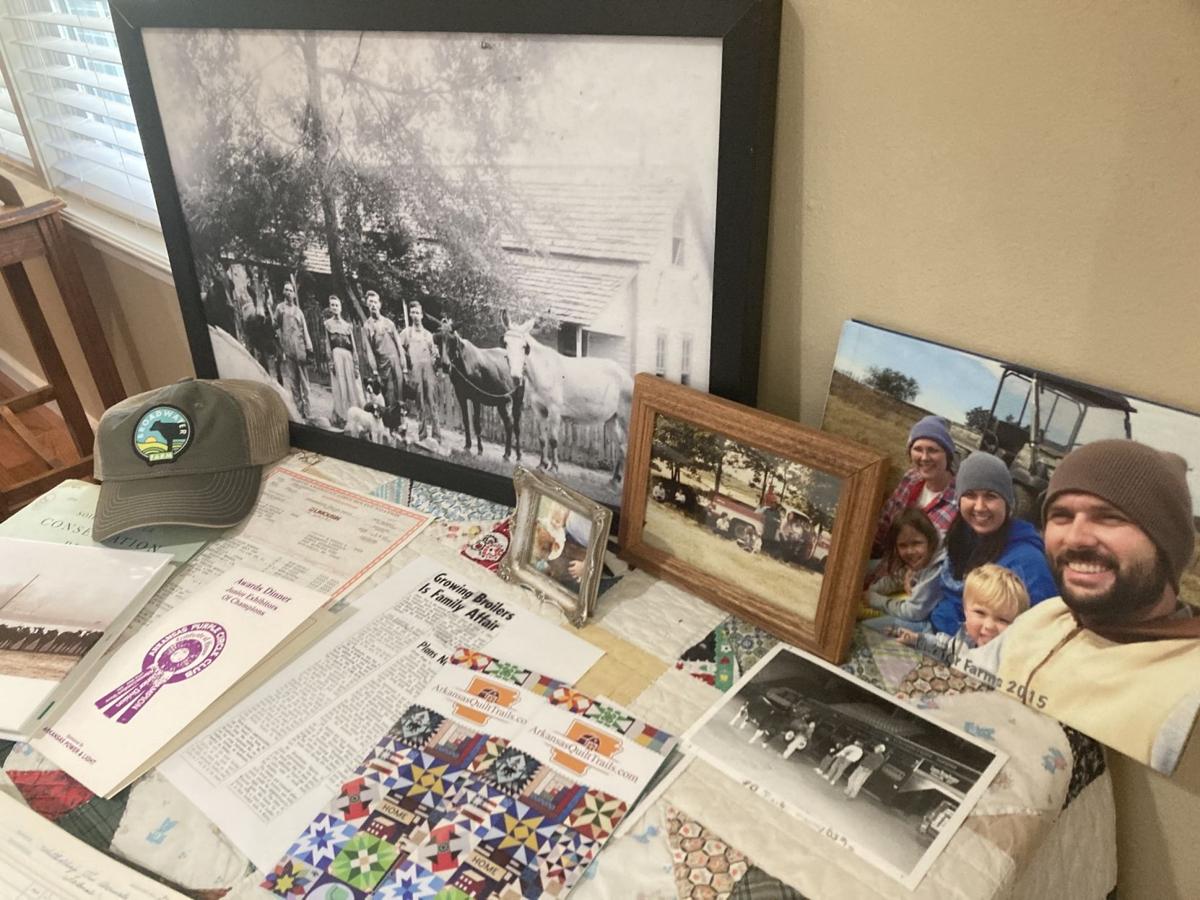 The Broadwaters have been a part of Independence County and Batesville for generations. Dennis’ parents purchased their property where the farm is today from the doctor who delivers Dennis.

The Broadwaters stand in front of a piece a farm equipment. Dennis and Tracy Broadwater were named the Independence County Farm Family of the Year.

There is a Broadwater Street in Batesville now, named after the family. Dennis’ family grew up on Davis Lane in the west side of Batesville.

The Broadwaters have been a part of Independence County and Batesville for generations. Dennis’ parents purchased their property where the farm is today from the doctor who delivers Dennis.

The best part of being a farm family, is by far the “family” part.

Dennis gives all the credit of the farm’s success to his entire family, including the previous generations including his parents, Dell Conrad and Margaret Broadwater. Dennis grew up on Davis Lane in the west side of Batesville, raising cows and chickens, and his parents purchased the property where the farm is today from the doctor who delivered Dennis.

“They were hardworking people and built this farm out here, we just took it up from them,” Dennis said.

There is a Broadwater Street in Batesville now, named after the family. Three of his older sisters live in Batesville still: Diane Arnold, Linda Wade, Janet Brown, and a fourth sister, Karen Lambert, resides nearby in Floral.

The Broadwaters’ daughters Laura and Sally grew up on the farm, following their parents around and waiting for them to finish chores, not always patiently, of course.

“We would artificially inseminate the cows in the early morning or in the evenings. The girls would wait in the truck. Sometimes they’d honk the horn, and it’d scare the cows” Dennis said.

When the girls got old enough they helped out with chores, like picking up breeder-layer eggs. Helping out on the farm means a lot of time before and after school, but both girls continued achieve. Sally was all-state band and valedictorian for the Batesville High School Class of ’06. Laura was all-state in basketball and soccer, and graduated in the Batesville High School Class of ’03. Both participated 4H activities. One year the family travelled all over the state so Laura could show short-horn cattle and the effort earned her a cattle trailer from the short-horn association at the Arkansas State Fair.

It’s a tradition that Laura’s children, Rhett and Lainey Keller have embraced.

The two are members of the Sulphur Rock 4H Club and showed cattle at the Independence County Fair this year, with Rhett’s entry earning Reserve Grand Champion, along with a trophy, belt buckle, and $500. Sally’s daughters, Emma and Amelia, aren’t into showing cattle just yet, but six-year-old Emma takes ballet and plays the violin.

The commercial livestock on the farm are part of the Broadwater’s agricultural heritage.

“These cows that are out here today, they’re my great grandpa’s Jersey-mixes, and they just started breeding them with Angus, so it’s not the same cows, but the same bloodline,” Dennis explained. Besides selling their cattle, each year they finish out several steers for their meat supply, sharing it with their daughters’ families.

The Broadwaters got out of poultry, but still use the chicken houses for equipment and hay. They have a 160 head of commercial beef cattle and bale mixed hay on their 470-acre farm.

Two good things to have on a farm is an accountant and a sociologist, and Broadwater Farms has both. The Broadwaters have been farming and ranching for 60 years, doing most of that after they worked all day at University of Arkansas Community College Batesville.

In fact, the two are college sweethearts, meeting at the University of Central Arkansas. Dennis graduated UCA in 1983 with degrees in sociology and psychology, and later earned his Master’s in Education from the University of Arkansas Little Rock. Tracy graduated from Clinton High School in 1980, and graduated from UCA in 1984 with a degree in accounting. Dennis, a Class of ’79 graduate from Batesville High School, worked for 20 years for ConAgra, before working as director for the Student Success Center at UACCB for 13 years.

“I retired two years ago and I don’t know how I ever had time to work,” Dennis joked.

Tracy was new to farming when the two married, so she learned as she worked along with Dennis starting with haying, then helping with the cows, and picking up eggs. She holds a Masters of Business Administration and is a business faculty member at UACCB.

Technology helps the Broadwaters with maintaining their herd of large, gentle cattle. Dennis points out a small disc on a cow’s hip. It’s a sensor that sends a signal notifying him when the cow and bull have bred. Like many farmers, weather plays a big role in the Broadwater Farms day to day operations. In the past, a farmer might have to tune in at a particular time to get a weather forecast that was fairly vague, these days it is much more accurate, and available 24/7. Even with all the rain Arkansas got this spring, the Broadwaters were able to put up hay.

“When we first got a round baler, you had to look back to see how big the bale was, now it beeps, you stop, and it tells you when it’s time to kick it out, you just watch a computer screen now,” Broadwater said.