If you need to purchase a subscription.
You have permission to edit this article.
Edit
Home
News
Sports
Business
A&E
Announcements
Obituaries
Opinion
Multimedia
Classifieds
Share This 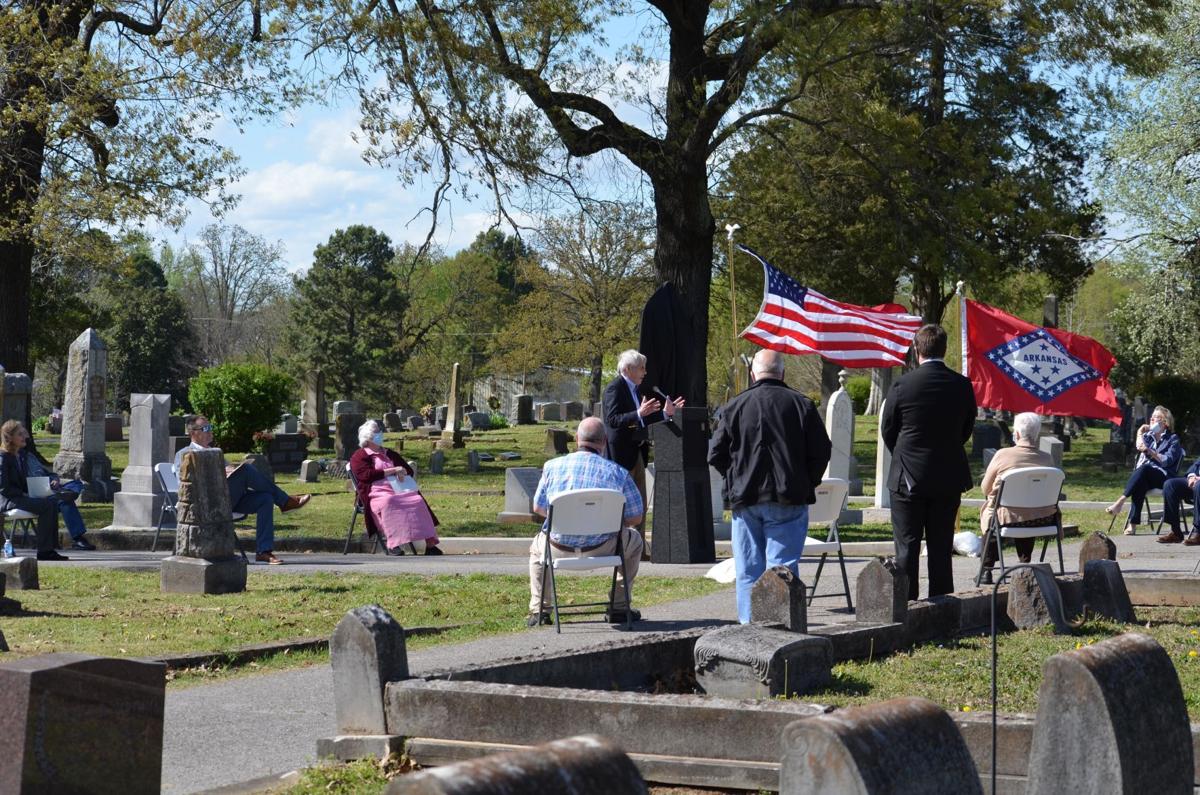 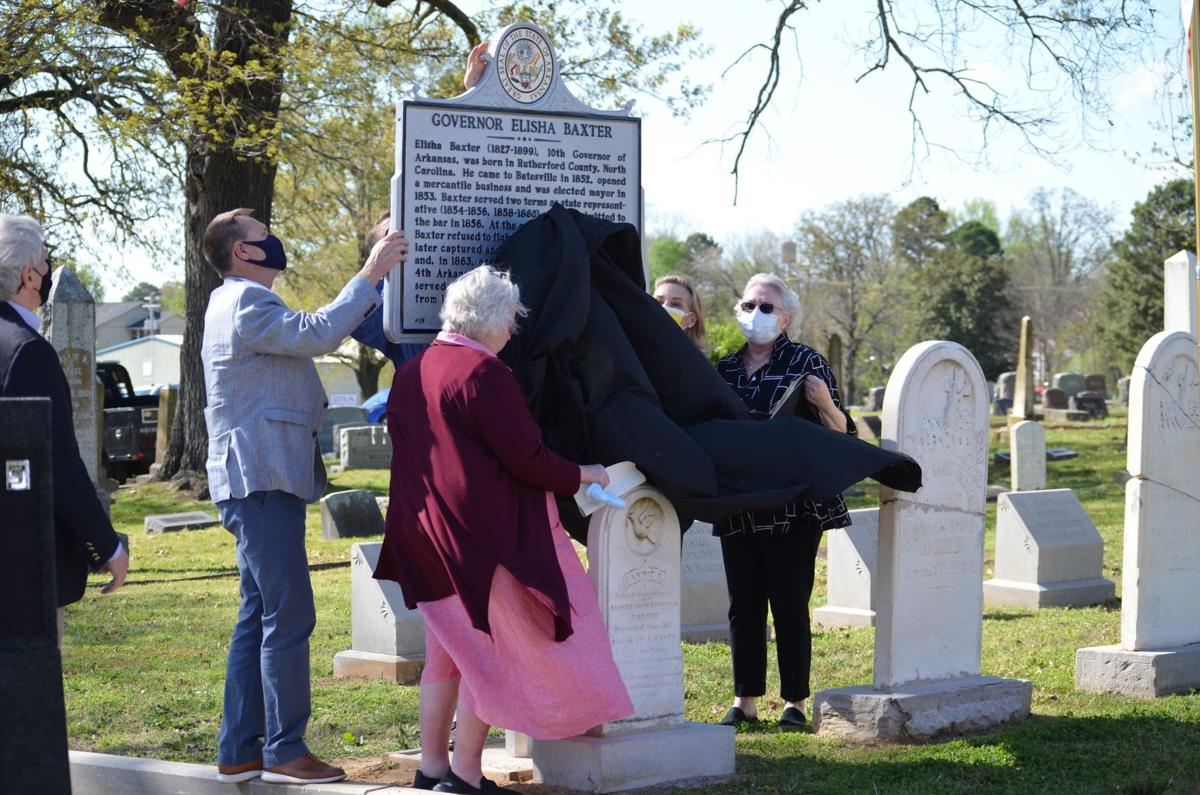 Mayor Rick Elumbaugh helps get the cover off the Elisha Baxter Historical Marker at Oaklawn Cemetery Thursday afternoon in Batesville. The weather was warm, but windy.

Mayor Rick Elumbaugh helps get the cover off the Elisha Baxter Historical Marker at Oaklawn Cemetery Thursday afternoon in Batesville. The weather was warm, but windy.

One of the first events to mark Batesville’s bicentennial year was Thursday afternoon, when a historic marker was unveiled to honor Elisha Baxter, Arkansas’ 10th governor, in Oaklawn Cemetery.

“We need to have a publication about the history of this cemetery and who is buried here. We need to have a walk, where school kids and visitors can learn about it, like Mount Holly Cemetery in Little Rock,” Rutherford said.

Some ideas bandied about the ceremony included having QR codes (quick-read codes) posted in historic cemeteries visitors could scan with their smartphones, which could launch a map, a readable biography, or even a audio or video reenactment.

“You’re so fortunate to have Skip Rutherford as a native son. He is a guy who is authentically passionate about his hometown,” Hurst said.

The historic marker program started in 2017.

“Local history is equally important and having communities come together in this endeavor like you did here in Batesville is very rewarding for us. The historical marker program creates a physical and lasting tribute to our state’s history, heritage, and shared identity as Arkansans,” Hurst said.

Heritage tourism has been an emerging part of the state’s tourism industry, combining both history and natural beauty. For example, Oaklawn has smooth, paved paths and many shade trees. More than one set of joggers and walkers were seen in the distance traveling the cemetery’s paths throughout the ceremony. Additionally, the Arkansas Historic Preservation Program has completed a project to document all of the state’s governors grave-sites, to educate and inspire the public to make sure these sites are protected and preserved for future generations. The Arkansas Historic Preservation Program is an advocate for cemetery and gravestone preservation through its Cemetery Preservation Program.

Baxter’s grave marker itself is a modest marble pillar. =The large historical marker provides a brief history of his life and explains the significant role Baxter played in Arkansas history. It reads as follows:

“Elisha Baxter (1827-1899), 10th Governor of Arkansas, was born in Rutherford County, North Carolina. He came to Batesville in 1852, opened a mercantile business and was elected mayor in 1853. Baxter served two terms as state representative (1854-1856, 1858-1860) and was admitted to the bar in 1856. At the outbreak of the Civil War, Baxter refused to fight; he fled to Missouri but was later captured and tried for treason. He escaped and, in 1863, accepted command of the Unionist 4th Arkansas Mounted Infantry. Baxter later served on the bench of the Third Circuit Court from 1868-1873.

In 1872, Baxter ran against Joseph Brooks in a contentious race for Governor. Baxter was declared the winner and sworn into office on January 6, 1873. Brooks and armed supporters physically ousted Baxter from the State House on April 15, 1874, resulting in the Brooks-Baxter War. A month later, Baxter was restored to power and served until November 12, 1874 as the last Republican governor during Arkansas’s Reconstruction. Baxter declined to run again and returned to Batesville where he lived on his farm and practiced law. He and his wife, Harriet Patton Baxter, had six children. Baxter County, Arkansas is named for him.”

The black cannon that sits in front of the Old State House in Little Rock is named Lady Baxter, a nod to the Baxter-Brooks War tumult.