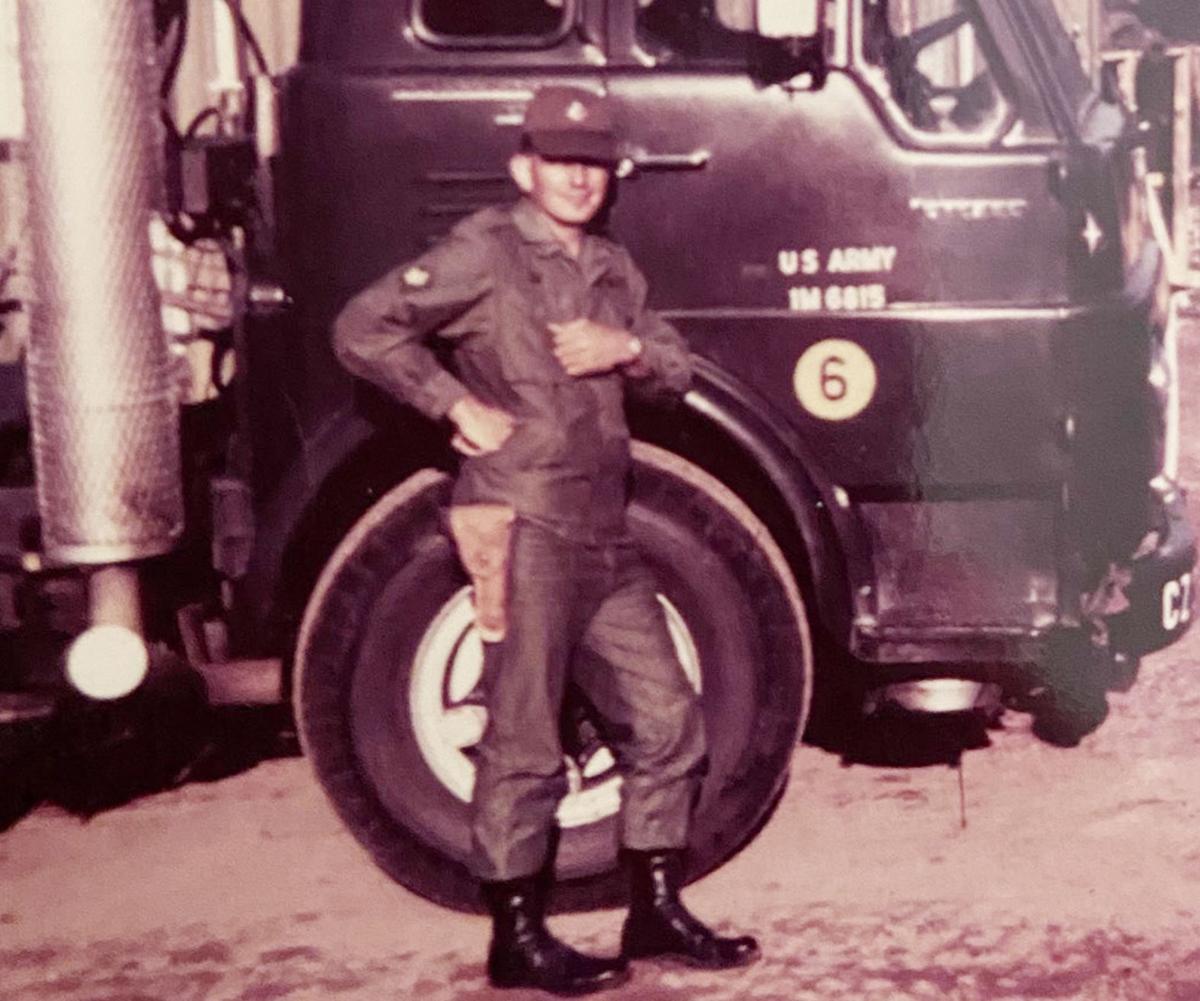 As a young man in his 20’s, Jackie Lee, who currently lives in Southside, served his country in the Vietnam War. An accident involving a tank changed his life during his six-month tour in Southeast Asia. Today, thanks to Veteran’s Service Officer Josh Morrison’s help, he finally received the benefits he earned, and now is able to enjoy life with his family. 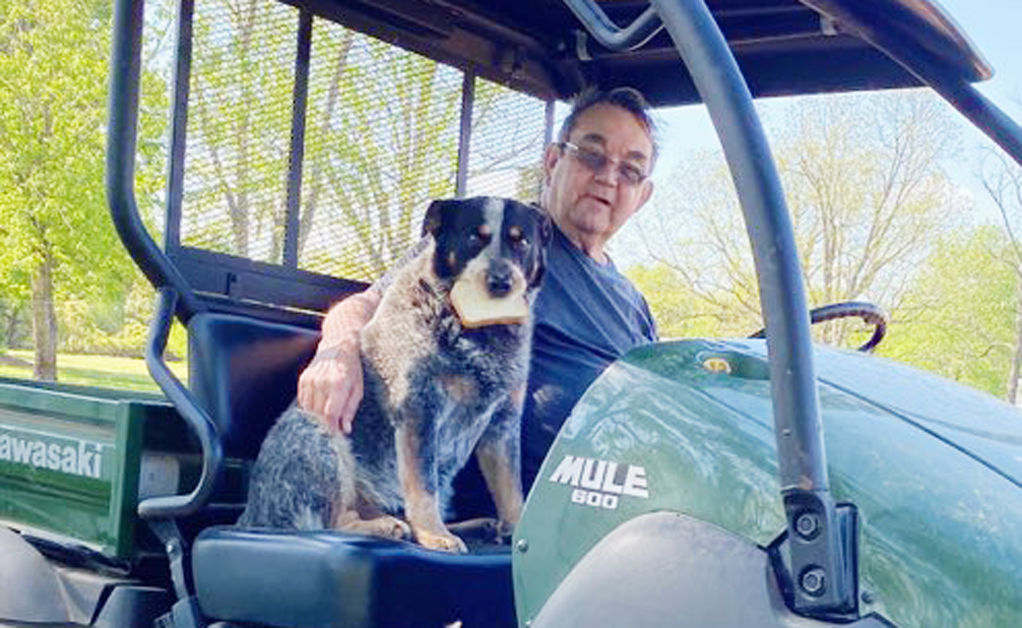 As a young man in his 20’s, Jackie Lee, who currently lives in Southside, served his country in the Vietnam War. An accident involving a tank changed his life during his six-month tour in Southeast Asia. Today, thanks to Veteran’s Service Officer Josh Morrison’s help, he finally received the benefits he earned, and now is able to enjoy life with his family.

As a young man in 1966, Jackie Lee joined the Army and was sent from his assigned unit in Germany on temporary duty to the Republic of Vietnam.

Like so many in that era, Lee, who is now 77 and living in Southside, left Vietnam a changed person.

Lee didn’t know immediately how his six months in Vietnam would greatly affect his life even today.

“My job in the Army was in S-4 Supply/Transportation from 1966-1969,” Lee said. “I provided supplies for 4-5 different battalions in often dangerous situations.”

Lee said he “hauled everything from typewriters to warheads.”

An accident with a tank is what changed Lee, although he didn’t know it at the time.

What the accident did was cause a residual injury in his back and sciatic nerve that has steadily become worse. Lee did have x-rays done and he said those pictures and documentation “proved to be very helpful later on.”

That wasn’t the first injury he suffered while serving as a member of the 6th Armored Division.

“Due to noise from heavy artillery fire, my hearing was damaged,” Lee said.

In 2003, he was awarded a 10 percent disability rating from the Veterans Administration for hearing loss.

In later years, he was awarded an additional 40 percent because of the back injury he suffered as a result of the accident involving the tank.

Even though the severity of his injury and disability increased immensely, the VA maintained his disability rating at 50 percent until 2019.

That’s when he met Josh Morrison, who serves the region including Independence County as the Veterans’ Service representative.

“At that time, it was extremely painful to walk,” Lee said. “Josh handled all the paperwork and noticed my difficulties. From then on, he came out to my home on several occasions to collect information necessary for my claim and to bring me paperwork to sign. This was above and beyond what I expected and it was sure appreciated.”

Morrison was able to advocate on Lee’s behalf and eventually helped Lee obtain status for 100 percent disability, a process that proved nearly impossible in previous years.

“My main purpose is to assist veterans with filing disability claims,” Morrison said. “However, I do a little bit of everything else, it seems. I guide veterans and their families to the resources they need and to the other appropriate service providers. The VA is so complicated for most people, so I do a lot of simplifying and explaining VA paperwork and forms. I do all the paperwork for veterans. I frequently say that all they have to do is go to their appointments and check the mail.”

Morrison said he also educates veterans on new programs like the Mission Act, as well as shining a light on disabilities that people don’t always know about such as tinnitus, which is defined by the Mayo Clinic as the perception of noise or ringing in the ears. The clinic’s website says tinnitus is a common problem and affects about 15 to 20 percent of people.

What may be even more valuable to veterans is Morrison’s willingness to just be available “any day of the week by giving my cell phone number at the end of my office phone’s voicemail message.”

“There are a plethora of questions veterans ask me,” Morrison said. “So many times I simply point them in the right direction with a phone number or a suggestion.”

It’s not just the veterans themselves that he cares for in times of need. Helping surviving spouses file for death benefits is also a frequent duty.

“I have tried to create my office into a safe space for veterans who suffer from PTSD, depression and anxiety,” Morrison said. “I have two lawyer chair recliners in my office that provide a nice, relaxing atmosphere away from the troubling stressors of the world. Many veterans stop by just to talk. For some of the older veterans, there aren’t many places to hang out and talk about the military anymore, so they hang out with me.”

Coordinating transportation for appointments is also a valuable service that Morrison provides when veterans need a ride to appointments.

As far as Morrison’s help for Lee, much of it might not have been tangible, but to Lee it was valuable.

“I helped Mr Lee by listening to him and suggesting that he allow me to appeal his case for him,” Morrison said “He was frustrated with his previous denials but I assured him that I believed I could help him. We filed three appeals until they finally gave him what he deserved. I made some home visits and went to an examination with him because I want the best care I can provide for them. They deserve to be shown that simple respect. ‘Nobody cares how much you know until they see how much you care’ is a phrase I live by. Meeting a veteran where they are when it is hard for them to get to you is a great way of showing them how much you care for their situation.”

Lee said it meant everything to him to have the help he received from Morrison, and not just the ability to receive monetary benefits.

“He even went to one of my evaluation appointments with me in Cherokee Village where he pushed my wheelchair,” Lee said of Morrison. “Without his help, I don’t think I would have ever gotten to the 100 percent disability rating I now have.”

“I would like to say to all veterans,” Lee added, “If you live in Independence County or a surrounding county, I highly recommend that you go and see Josh. He will help you.”