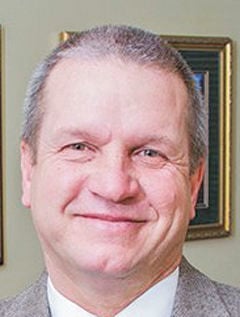 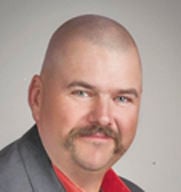 The rash of releases of felons was the target of Monday’s specially called meeting of the Batesville City Council’s Public Safety Committee.

Police Chief Alan Cockrill addressed the committee that consisted of Scott Fredricks and Chris Poole about the issue. Julie Hinkle was absent.

Cockrill spoke in front of the small gathering that also included a group of his Batesville police officers to explain the seriousness of the situation.

“We are all looking bad,” Cockrill said. “The thugs will even tell you, y’all aren’t going to do anything to us. You don’t have a jail to put us in. I mean they are laughing at us. They are laughing at these guys. At some point the sheriff’s office is going to have to take these warrants and go back and get these guys, which to me is a high risk to them.”

Independence County Sheriff Shawn Stephens said the Arkansas Association of Counties is advising to keep inmate population at a minimum.

When the COVID-19 pandemic began, the jail policy was “violent crimes and new felonies only,” according to Stephens.

But there was a COVID outbreak in February 2020 with as many as 11 inmates and employees combined testing positive for the coronavirus.

Stephens said that’s when he stopped housing females and turned the female unit into a COVID unit.

After the jail’s outbreak of COVID-19, he said violent offenders only would be housed.

“The infection rate has decreased at such a rate that females are now being housed as of early April,” Stephens said

Stephens estimated that 40 percent of what was normal capacity before the COVID-19 pandemic would be maximum capacity under the guidelines. The current inmate population in the Independence County jail stands at 37. According to the roster, the latest booking that has been held and not released was on April 27.

Stephens confirmed that there were no positives at this time in the jail, and there would need to be “no positives in jail for at least a couple more weeks” before he makes the call to consider opening back up.

Until then, Stephens is allocating space on a “case by case” basis along with the necessity to isolate individuals as needed.

Cockrill said the City of Batesville has paid Independence County $5,808.15 in March to house inmates, which is 30 percent of fine money from the city, “and I can’t name three inmates that they have housed for $5,800.”

Cockrill’s solution, at least in the short-term, is to the north.

“I’ve talked to [Sheriff] Mark Counts in Sharp County,” Cockrill told the gathering. “They’ve got a brand new jail. They’ve got 32-ish inmates right now. They can house up to 110, and he’s willing to take them.”

Cockrill said as of Wednesday afternoon that his agency had not utilized the Sharp County jail yet.

Poole made the motion in committee to allow Cockrill to pursue an agreement with Sharp County Sheriff Counts to utilize the Sharp County jail.

“No. 1, we’ve got to support our officers,” Elumbaugh said, “and No. 2, and I don’t know which one is better, No. 1 or No. 2, but both of them are No. 1, and that’s our citizens. We’ve got to protect them. We cannot have people on the street corner [selling drugs] in Batesville, Arkansas, or we shouldn’t have anybody across the bridge in Southside or anywhere doing that. These people need to go to jail. If we can’t support these officers then we are failing.”

Stephens said he was feeling the pinch also.

On Saturday night the Independence County Sheriff’s Department set up a sobriety checkpoint that issued 29 citations, but it could have had several arrests.

“There were several that came through our checkpoint that wouldn’t have normally,” Stephens said. “They knew they had warrants, but they knew they weren’t going to jail.”