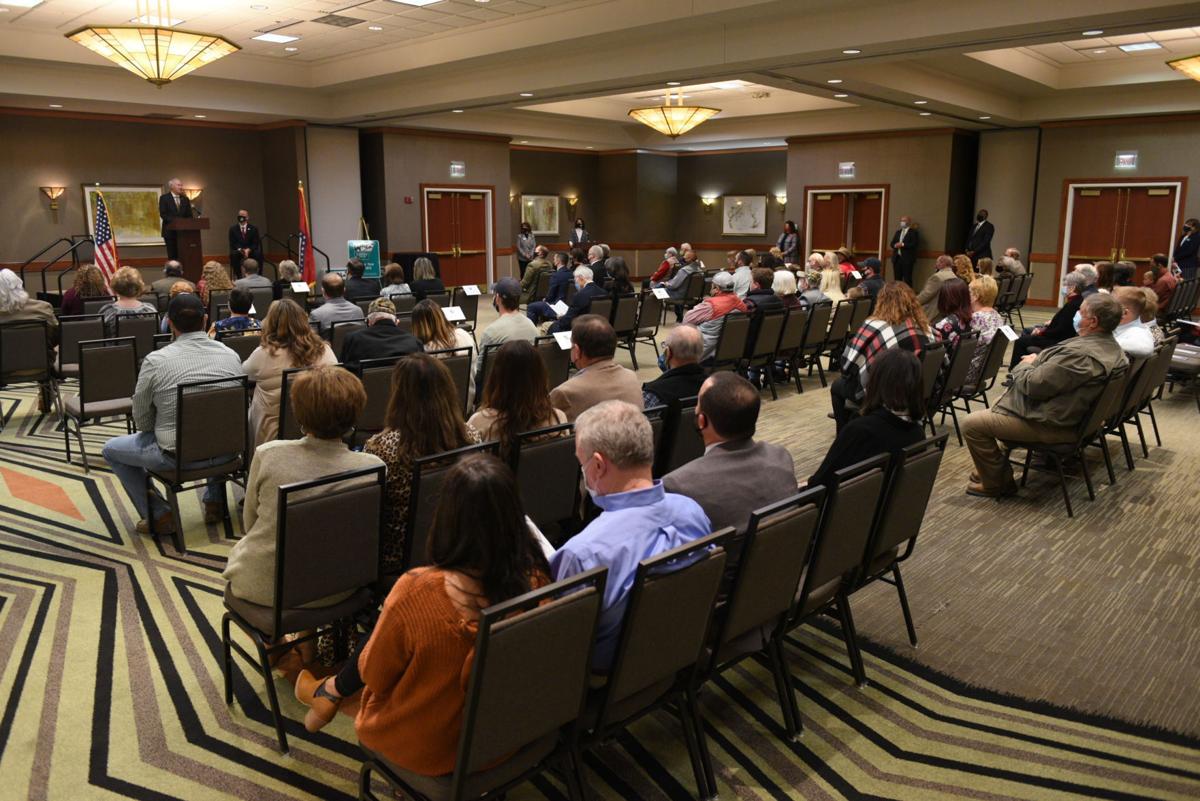 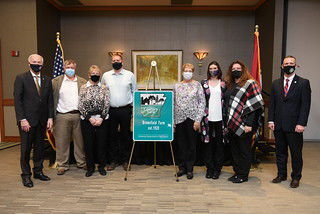 The 2020 pandemic woke up many Americans to the importance of local farms: People were trying their hands at first-time gardening, finding local meat processors to buy locally-sourced beef and other farm products. Arkansas is home to more than 49,346 farms, of which 97 percent are family owned and operated. Since 2012, the Arkansas Department of Agriculture has been recognizing generational farming with their Century Farm program, for Arkansas families who have owned and farmed the same land for at least 100 years.

Their Hearst/Brownfield Farm is 160 acres located in the Woodrow community, in Cleburne County. It was formerly owned by Glenda’s and Sue’s parents, William Chester and Pauline Hearst Brownfield. The farming operations produce timber, livestock, and natural gas.

Receiving the Century Farm Award was a day of excitement as well as a day of appreciation for the family’s ancestors who worked hard to make a living on the farm when there was very little reward financially, Rickey Carter recalled.

The passing of farm founders Chester and Pauline Brownfield prior to the presentation brought an element of sadness even though the family knows they would be very proud.

“Reflecting on this gives a person pause when they think of all of the changes that have happened in the last 100 years, how the ancestors adapted to whatever situation with which they were faced, and were able to raise their families on the farm and serve their Lord,” the Carters wrote in an email. Qualifying Arkansas farms will receive a personalized Arkansas Century Farm certificate and metal sign listing the farm name and year established. The Hearst/Brownfield’s family sign is now hung in the Brownfield home. Rickey and Glenda Carter and their children have now been a part of two Century Farms: This one in Cleburne County on their mother’s side of the family and one in Independence County with the Harvison/Carter farm on their father’s side of the family.

The Batesville Guard visited with the Carters recently via email about the recognition.

What are some of the sacrifices and rewards of operating a family farm?

“The sacrifice is that you cannot always pick up and go when and where you want because of needs on the family farm that must be taken care of when they happen. The reward is in seeing the fruit of your labor visually and being confident that even if things don’t work out this time, there is a next year.”

In what ways does being raised on a farm benefit young people?

“Young people are benefited in many ways from being raised on a farm. They learn to respect nature, adapt to problems that occur there, and use their time wisely, avoiding situations that sometimes cause trouble from too much free time.”

How has technology/innovation made farming better?

“Technology has made information available to farmers even if they are a long way from towns. Farmers can find out what the markets are doing and adjust their actions accordingly. To be in an air conditioned tractor cab is something farmers would have not believed early in the 20th century.”

What would you want our readers to know about farming?

“Farming is a team effort. Whether a family member is actually physically doing the work, there are still sacrifices that have to be made.”

The Century Farm recognition gives farm families something to look forward to as they continue being part of Arkansas’ agricultural heritage. For young farm families just starting out, Carter advises to be aware of the desire to go heavily in debt for things not really needed and have faith in God because you cannot control everything.

“Arkansas Century Farm families have persevered through challenges for at least ten decades and have contributed greatly in making Arkansas agriculture the success story that it is today,” said Arkansas Secretary of Agriculture Wes Ward.

“As Arkansas’ largest industry, agriculture has an economic impact of over $21 billion annually and provides one of every six jobs in the state.”

To qualify, Arkansas farms must meet the following criteria:

• The same family must have owned the farm for 100 years by Dec. 31, 2021. The line of ownership from the original settler or buyer may be through children, grandchildren, siblings, and nephews or nieces, including through marriage and adoption.

• The farm must be at least ten acres of the original land acquisition and make a financial contribution to the overall farm income.

Applications must be received via email or postmarked on or before May 31, 2021 to be eligible for designation as a 2021 inductee. Contact Beth Moore at 501-539-4027 or beth.moore@agriculture.arkansas.gov with questions about the Century Farm program.