If you need to purchase a subscription.

After almost two weeks of trial, a federal jury has found two drug dealers guilty of their involvement in conspiracy that resulted in the murder of a federal informant. Don Smith, 38, of Malvern, and Samuel Sherman, 38, of Batesville, were found guilty when the jury returned their verdict late Tuesday evening.

Smith and Sherman were originally charged in September 2019 in connection with the death of Susan Cooper, who had bought methamphetamine from Sherman but had begun working as an informant for law enforcement. In May 2016, Sherman was arrested and charged with selling methamphetamine to Cooper. As his case progressed, Sherman was released and permitted to work as an informant himself.

Though Sherman was supposed to be working as an informant, he had not provided enough information to help his case, and in September 2016, Sherman learned he was facing a significant federal prison sentence.

Evidence at trial showed that upon learning this, Sherman called Smith, who was a methamphetamine dealer in the Malvern area. Smith had sold drugs to Rachael Cooper, who was Susan Cooper’s sister-in-law (they were married to brothers).

Cellular tower data presented at trial showed that shortly thereafter, Smith drove from Malvern to Batesville, where Sherman lived, and stayed in Batesville for approximately 40 minutes before returning to Malvern. On the way back to Malvern, Smith called Rachael. Rachael had been communicating with Susan about making arrangements for Susan to trade some hydrocodone pills for methamphetamine. Susan did not know the trade was with Smith.

That night, Rachael picked Susan up and drove her to meet Smith for the drug exchange. Rachael testified at trial that as they waited, she heard a gunshot followed by Susan crying out “I’m shot – get me out of here!” Rachael jumped in the driver’s seat and saw Smith shoot Susan several more times. Smith pulled Susan from the truck as Rachael sped away.

For a year and a half, Susan Cooper’s body had not been found. In July 2018, Smith was charged in state court with the murder, and after his arrest, a witness came forward to disclose Smith had demanded he help bury the body. This witness took federal agents to the location of Cooper’s body.

“Rest assured that any attempt to harm a federal witness will be met with swift and forceful justice,” said Jonathan D. Ross, Acting United States Attorney for the Eastern District of Arkansas. “Our entire system of justice is based on the ability of witnesses to speak truthfully in open court. Any attempt to prevent a witness from doing so – especially an attempt that results in a witness’s death – will be investigated and prosecuted. We appreciate the work of the many agencies who collaborated to bring this brutal crime to a resolution.”

“The conviction of Sherman and Smith sends a clear message to all who conspire to commit murder in our district: we will work together with our federal, state, and local and law enforcement partners to see that anyone involved in this type of horrific crime is brought to justice. This case highlights the impact multiple agencies can have when they join forces,” said DEA Assistant Special Agent in Charge Jarad Harper.

“Smith and Sherman callously planned the brutal execution of Susan Cooper in an effort to protect their criminal activity,” said FBI Little Rock Special Agent in Charge James Dawson. “In response to the murder of a federal informant, FBI agents joined forces with DEA investigators, Malvern police detectives, and Hot Spring County Sheriff’s deputies to bring Smith and Sherman to justice. This case highlights the value of law enforcement partnerships and proves that the FBI and our partners will use every available resource to investigate and pursue criminals who harm or intimidate federal witnesses.”

The investigation was conducted by the Hot Springs County Sheriff’s Office, Malvern Police Department, the Drug Enforcement Administration, and the FBI. The case involved significant collaboration between the Hot Spring County Prosecutor’s Office and the United States Attorney’s Office for the Eastern District of Arkansas. The case was prosecuted by Assistant United States Attorneys Anne Gardner and Bart Dickinson. 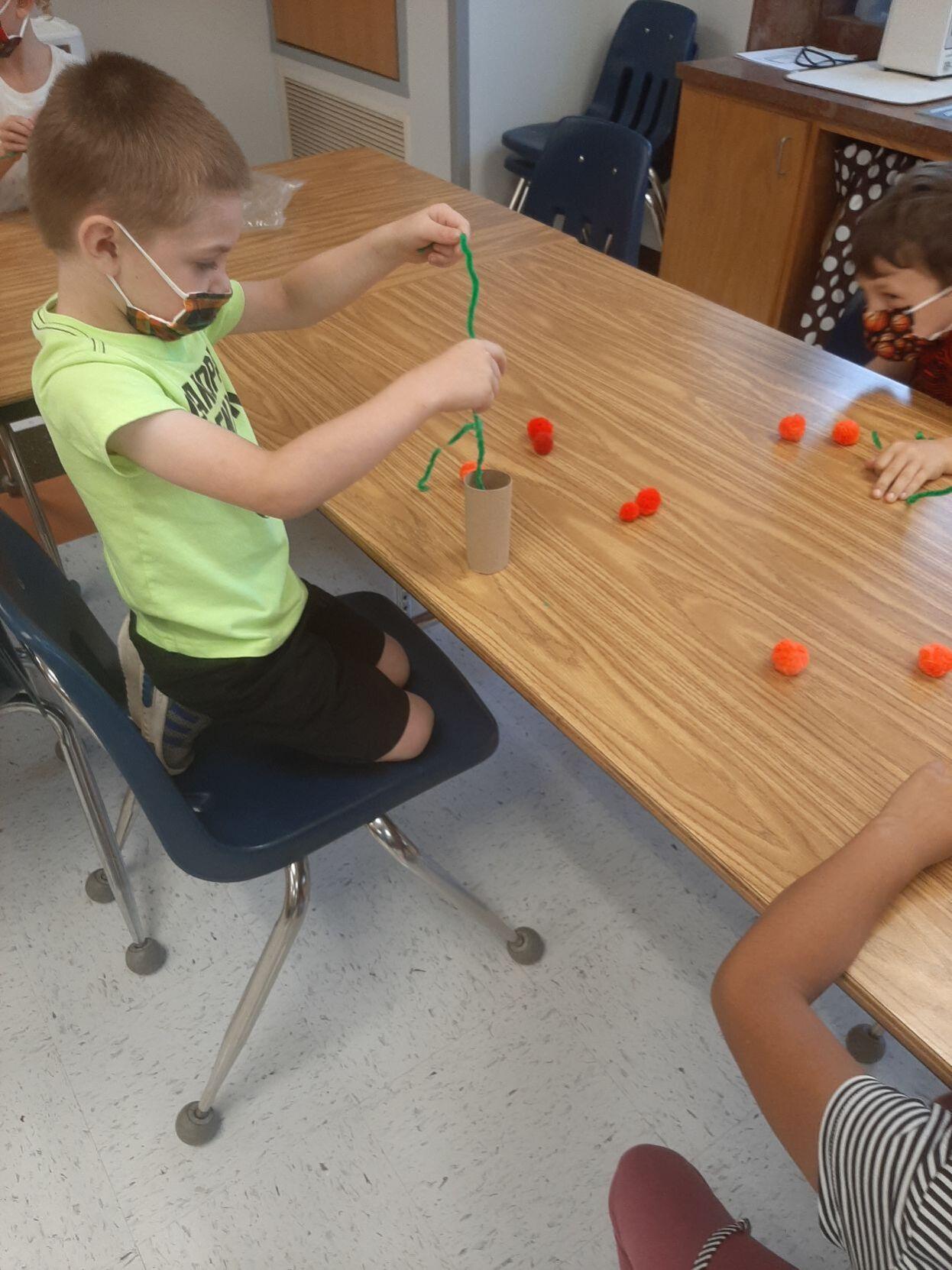 Martin Couch has joined The Batesville Guard team this week as Sports Editor.

“It has been a long time, but I couldn’t have picked a better place for sports of all kinds. Covering local high school athletes giving the ultimate effort in competition for their city, community and school is encouraging and positive. My plans are to give equal coverage to all the high schools in the area and introduce the community to the athletes through profiles or feature stories,” Couch said.

Couch, 56, has print, broadcast, and digital sports and news-gathering experience, and a profound understanding of the importance of motorsports in the region.

“I love to write stories about the drivers: Their struggles and successes are amazing. So look for me at the track. I will be cruising around the infield,” Couch said.

Couch has been a sports editor for newspapers in Benton, Stuttgart, North Little Rock, Arkadelphia, and Franklin, Tenn., through the years. It was Tennessee where Couch developed his passion for motorsports, working at the Nashville Speedway USA while working at a newspaper in Franklin.

“With promoter Bob Harmon leading the way, we put on Craftsman Truck and Busch series events as well as weekly racing. I got to know Sterling Marlins’ family well during those days. All of his cousins raced either at the speedway or other places like Duck River’s dirt track. I got on with Late Model Digest out of Murphy, N.C.,and covered asphalt,late-model stock racing all over the southeast. I covered the Snowball Derby, the Southern All-Star series and other regular Saturday night features,” Couch recalls.

During 2000 and 2001, he was at Speedweek in Florida covering races in Lakeland where a young “Watermelon Man” was getting his start. He covered nightly races at New Smyrna Speedway and saw Mark Martin at a dedication ceremony.

“Late model stock cars were crashing and racing hard for wins and the prize money. In fact, I remember a pile of torn up racing car parts in a pile outside the Speedway in New Smyrna. One of my favorite stories was interviewing Bobby Allison and his family about the Allison Legacy Series. He told me all about the old Alabama Gang. What a treat that was,” Couch said.

Couch remembers covering a race in Mobile, Alabama, which was basically a pit like Bristol. Cars would spin off the top of the track and slide down an embankment. A guy who had never won before, David Hole, held his car on the track for his first win.

“I was at a dirt track in Clarksville, Tenn., once covering a race. I had a good stand on a concrete barrier between the infield and track. I was standing on top of it when six dirt late models coming down the backstretch wrecked at my feet. Scott Bloomquist was one of them. And I got to meet Wendell Wallace once. He probably doesn’t remember, it was 20 years ago or more,” Couch said.

Most recently, he’s been producer for all of the Arkansas Travelers baseball games broadcast on KARN out of Little Rock, as well as a producer for some of the shows at 103.7 The Buzz.

Couch has also written for Bassmasters.com

“I have been a sports writer for the Arkansas Democrat-Gazette for several years as a freelancer. I wrote for Bassmasters.com, ESPN3.com, NASCAR, Late Model Digest, Middle Tennessee Racing News back near the turn of the century,” Couch said, with a laugh.

He can be reached by email at mcouch@guardonline.com. 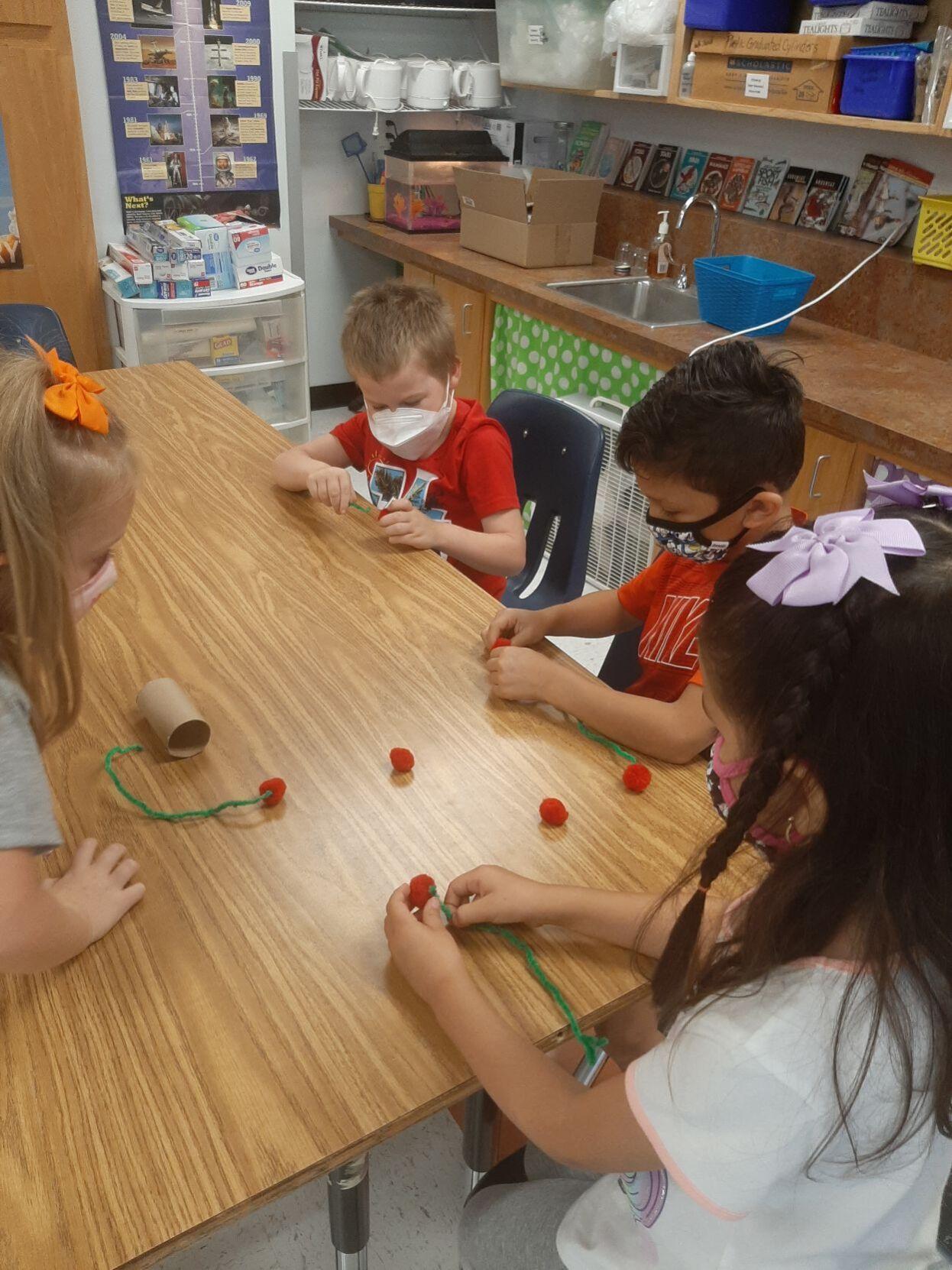 Batesville kindergarteners read the book, Ten Apple upon Top and then tried to make an Apple Tree using only a paper tube, five green pipe cleaners, and ten red pompoms.

Two are dead, and two are hospitalized following a head-on collision early Thursday morning on Highway 167. Tammy J. Gardener, 55, of Hardy was killed when a northbound GMC pickup crossed the centerline and collided with the Medicaid transport van she was driving for STARS Academy, a Batesville daycare. A minor passenger in the van was killed, and a minor passenger was critically injured and taken to Arkansas Children’s Hospital.

According to the Arkansas State Police fatal crash summary, the driver of the pickup, Cody L. Conboy, 20, of Greenbrier, was injured and taken to White River Medical Center. The reported time of the accident was 5:53 a.m., the road conditions were dry and the weather conditions were clear.

Click and hold your mouse button on the page to select the area you wish to save or print. You can click and drag the clipping box to move it or click and drag in the bottom right corner to resize it. When you're happy with your selection, click the checkmark icon next to the clipping area to continue.